Please read about our response here.

The Beauty of Concrete: Why Do People Choose it for Their Homes and Businesses

Burnaby Blacktop > Blog > Concrete Paving Services > The Beauty of Concrete: Why Do People Choose it for Their Homes and Businesses 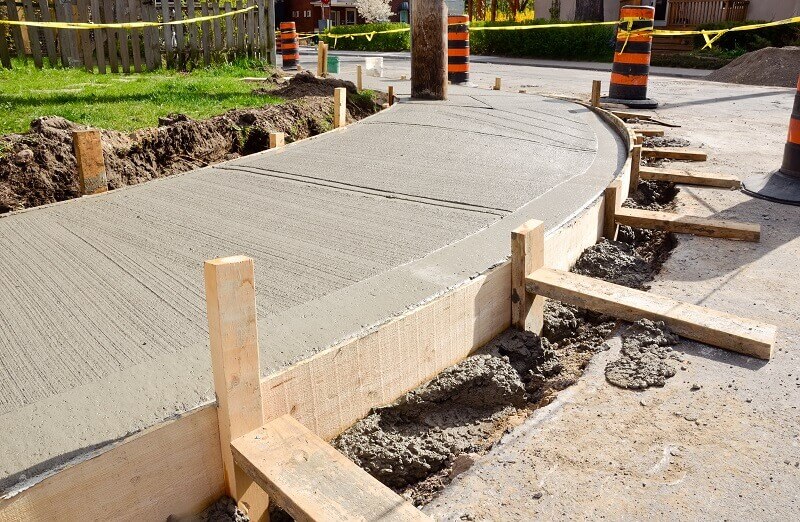 Why do people choose concrete for their homes and/or businesses?

As concrete paving contractors, it is perhaps no surprise that we find concrete an amazing material. There’s something about concrete that makes it so alluring. Perhaps it’s the fact that concrete is so versatile – it can be used for everything from homes and businesses to sidewalks and driveways. Or maybe it’s because concrete is such a durable material – it can withstand even the harshest weather conditions. Whatever the reason, concrete is becoming an increasingly popular choice for construction projects and as a paving material in Vancouver and beyond.

The Long and Prestigious History of Concrete

Concrete has been used for construction for a long time. The first known use of cement was in Syria and Northern Jordan roughly 6,500 BC when Nabataeans used it to build their buildings. Cement became more popular during the Iron Age when hydraulic lime obtained from limestone that has been heated in kilns was used to replace clay as mortar for the construction of walls, concrete floors, and underground waterproof cisterns. The pyramids in Egypt were constructed with lime and gypsum mortar as the binding agent. The Coliseum and Basilica of Constantine, both built with cement, are examples of ancient structures erected by the Greeks and Romans.

The invention of the Modern Cement

Joseph Aspdin, a bricklayer and mason in Leeds, England, on May 9, 1824, obtained a patent for a hydraulic cement he called Portland Cement because the colour of the material reminded him of the stone quarried off the British coast on the Isle of Portland. Aspdin’s method involves the careful proportioning of limestone and clay, pulverizing them, and burning the mixture into clinker, which is then grounded into finished cement.

In Vancouver, concrete was first used in the construction of the Lions Gate Bridge in the 1930s. Since then, concrete has been used in a variety of construction and concrete paving projects throughout the city, including the Vancouver Convention Centre and BC Place Stadium.

Need to hire a concrete contractor?

GIVE US A CALL!

Today, concrete items come in a wide range of shapes and uses, and new formulations and applications are created every year. Concrete becomes more adaptable, flexible, and versatile as advancements are made. For example, “Pervious concrete” is a term used to describe concrete that has been prepared using crushed granite aggregate, which allows water to seep through. In BC, we have first-hand experience with projects utilizing this method.

Given its long and robust history, why wouldn’t you choose a material that provides benefits to not only the client but also the designer and the contractor?

Concrete is a durable, beautiful, and affordable building and paving solution that Burnaby Blacktop is pleased to offer to our clients. Thinking about a project then give us a call and let us show you what we can do in a concrete manner!

Get A Free Quote Today

Asphalt & Concrete Paving Company. Big or small we pave it all!

Get a Free Quote

Get a Free Quote

Thanks for Stopping By!

Don’t forget to schedule your no strings attached FREE estimate

We’ll send out a friendly estimator to provide you with the best recommendation and give you the service that you deserve!

COVID-19 Pandemic: Your Safety is Our Priority

To our valued customers

As a company, we prioritise health and safety for our employees and most importantly, our customers. We would like to assure you that we work under strict compliance with the BC Centre of Disease Control (CDC) and adheres to the guidelines provided by Health Canada and the World Health Organization regarding the COVID-19 pandemic.

Our business procedures, including estimating, collections, on site work procedures and overall customer interaction have been adjusted to ensure a healthy interaction between our employees and customers:

Our employees have been educated with regards to the health and safety requirements amidst the COVID-19 pandemic. We make sure that they strictly adhere to the following:

Our company representative will contact the customer before starting the project to ensure a safe environment for our workers:

We will continue to monitor this situation closely and will ensure that all policies and preventive measures are adhered to. We also would like to encourage you to be up to date with COVID-19 pandemic by visiting the Health Canada’s website and watching the daily news.

If you have queries and concerns regarding the above practice, please feel free to contact us at 778.855.0513 or send an email to [email protected] Be assured that we will continue to be at our best in providing a safe and healthy work environment.